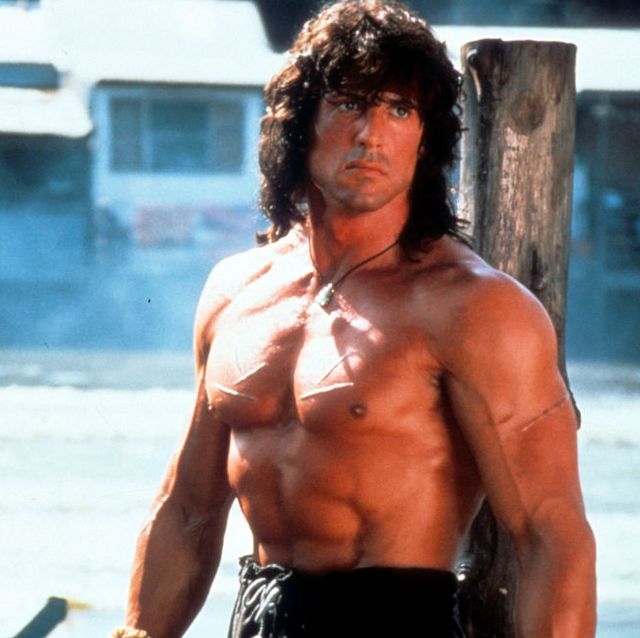 “It seems that Mona Lisa has got herself a boyfriend who looks a bit weird”. With this sentence, Sylvester Stallone abandoned for a moment the nostalgia that characterizes him in networks for all his flashbacks with Rocky, and put the muscles of Rambo in the Louvre instead of the iconic painting of La Gioconda… A meme that is very close to becoming a viral phenomenon. If it isn’t already.

And the truth is that for a moment, with all the people admiring the work, we believed it. Or shouldn’t Sly’s character be in a museum? Be that as it may, given the commotion, the official Instagram account of the actor’s store explains that “we’re going to have to put several of these on sale”. Everything he touches turns to gold.

Like the rest of the backpacks we live in a pandemic, Sylvester Stallone, is in creative mode, and the same is marked this montage, which shows us photos of adolescence, or unpublished images of those we like. A few days ago, the action movie icon missed his Mercenaries team so much that he posted on Instagram the biggest (and almost more muscular) selfie in history, in which countless easily recognizable teammates such as Antonio Banderas, Mel Gibson, Wesley Snipes, Jason Statham, Harrison Ford and, of course, Arnold Schwarzenegger appear together. Anyone else?

“Look at this group. Look at this. The greatest selfie ever,” Sly says in the video, smiling in the sun with his crew, all wearing glasses so they don’t go blind. Meanwhile, as he doesn’t make a misstep, Sly may not have to wait long to reunite with the Expendables team, as the saga is titled in English, as rumors and recent gossip suggest that the script for the fourth installment has just begun to be written, with shooting scheduled for late 2021 or at the latest, early 2022. So it looks like the gang is going to get back together…. And maybe this publication is a clue to that.